I decided to use the same section of angle for the girder construction so as to keep the same look to the complete bridge. The ends of the girders are supported on two towers each consisting of four upright angles with diagonal bracing. These were stood on bricks standing on the sub soil in the same manner as the A frames. The two girders were then welded up with the top angle extended. This was then bolted to the top of the towers at each end, the ides is that each welded section is bolted to the next so the bridge can be disassembled if necessary and is also not too heavy to be put in place by one person.
The girders and towers are actually quite light and can easily be carried in to place.
The next section of track was welded up using extended heavy duty sleepers on the girder section, spanning across from girder to girder. This had to be aligned carefully as the track is curve over the bridge. The sleepers alone are not enough to hold the weight of the train so a diagonal brace was put in under every second sleeper transferring the weight to the bottom of the girders on each side. To prevent the girders spreading under the load a second lower brace was put in between each girder. This has given a strong light construction to the bridge section, there appears to be minimal deflection regardless of the weight put on the bridge. 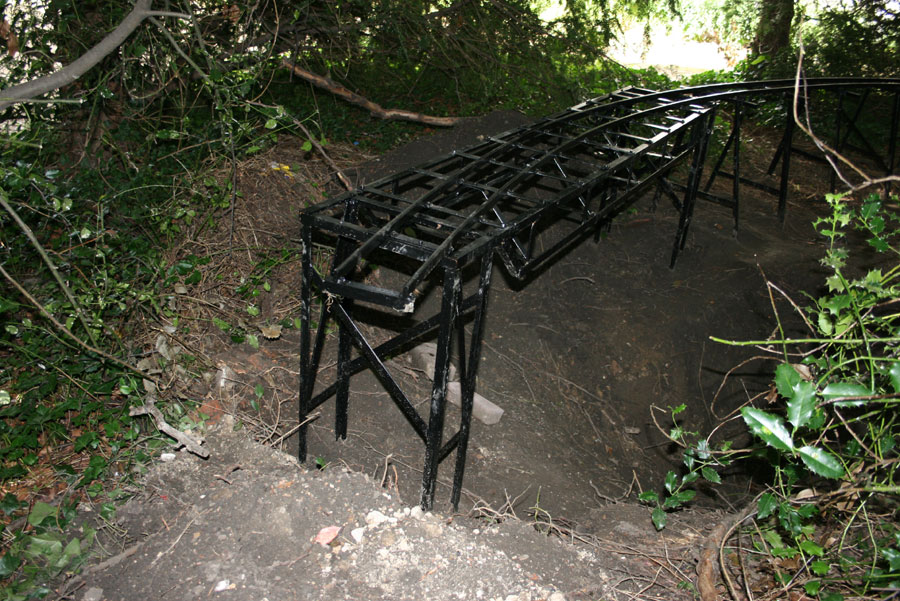 It was suggested I should invite a few stout friends for a ride to test the bridge for strength, in the event I used bags of ballast (more easily replaced than friends). The end of the bridge only required two more A frames to match up to the end of the existing embankment. The shorter of the two is the only part of the bridge to require any additional maintenance, as it was put in the embankment it did not reach the hard sub soil and has needed a bit of extra packing under the brick foundation.
The safety boards on each side of the track were extended over the bridge with a wider section on the girders where the track curve makes the bridge wider. It only remained to make a slight realignment to the track on the embankment and we were able to run the whole line in one go, about two hundred and fifty feet end to end. 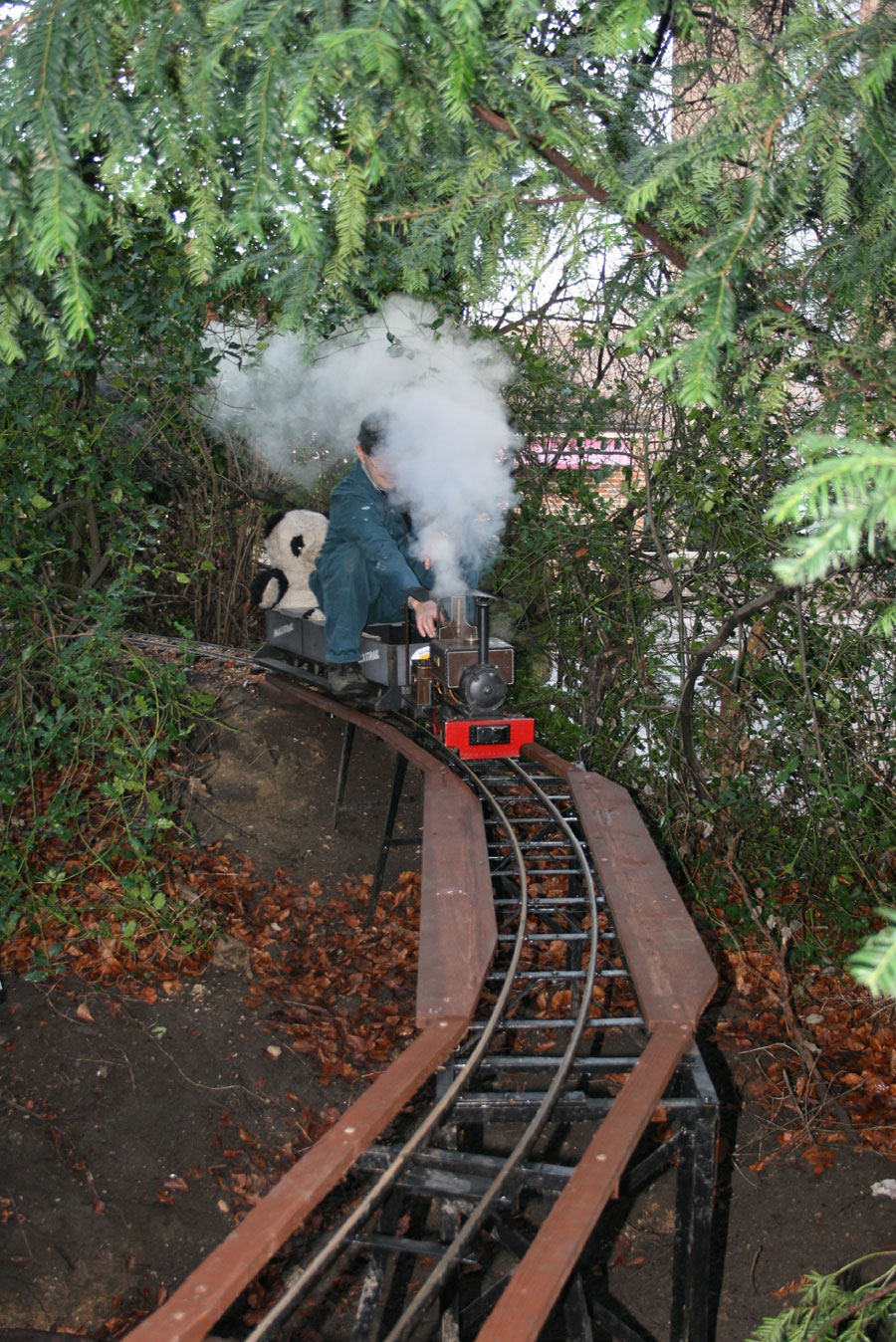 Once complete the bridge was inspected by the family, “I’m not going on that! You know I get vertigo” was my wife’s comment. My daughter announced that Maddie was not going on it as it was too dangerous. My mum enquired what I was going to do with the hole, when I replied put rocks and ferns in it she suggested I leave out the rocks and put in some nice soft bushes to land in. As we have started to run trains attitudes softened, and everyone has now ridden the line including the bridge. All in all this section of the line has given the least trouble and required the least maintenance. Derailments are very rare on this section, christened “dead mans gulch” by the family, may be because everyone sits very upright and holds their breath on the high trestle.